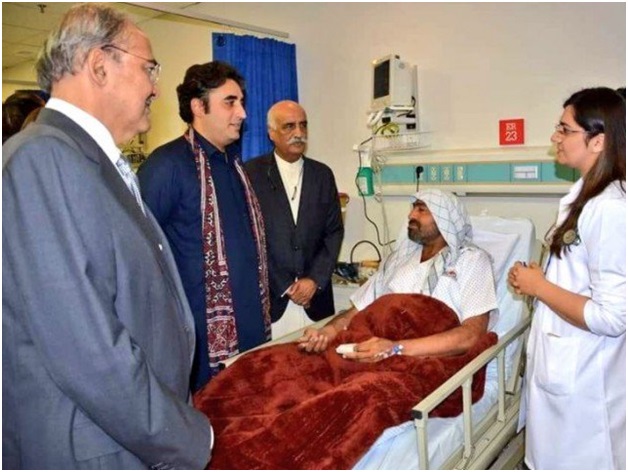 The National Institute of Cardiovascular Diseases (NICVD), Karachi and Sindh government have established a state-of-the-art 300 bed cardiac facility in Sukkur where services will be provided free-of-charge.

NICVD Executive Director Professor Nadeem Qamar said that he is very pleased by the fifth satellite centre’s inauguration. It is a matter of great pride that NICVD Sukkur is a complete cardiac hospital of international standard and is providing major cardiac facilities, especially interventional cardiology, to the people of Sindh at their doorstep for free, he said.

Prof Qamar went on to say that it is a matter of pride that the institute is opening three additional centres in Nawabshah, Khairpur and Mithi, which will become operational this year.

“Today, I once again congratulate the National Institute of Cardiovascular Diseases for stepping into Sukkur to facilitate cardiac patients at their doorsteps. After NICVD’s satellite centres in Larkana, Tando Muhammad Khan, Hyderabad and Sehwan, this centre is another huge achievement,” said Murad. He pledged to continue supporting the NICVD for the cardiac care advancement and similar projects.

Khursheed, who is an elected MNA from Sukkur, said the cardiac facility would play an important role in improving the health of both adult and child patients and would significantly reduce the waiting list of patients for intervention as well. “I wish them success and reiterate my support,” he pledged.

While congratulating the facility on achieving this milestone, Bilawal said the government was proud to launch the 300-bed hospital in Sukkur, which was the largest cardiac centre in Sindh after the NICVD in Karachi.

He said it is heartening that the NICVD and government are striving to serve the people of Sindh together. “NICVD has achieved another praiseworthy milestone in collaboration with the provincial government towards providing state-of-the-art, totally free cardiac healthcare facilities to the people of Sindh,” said Bilawal. Cardiac surgeries will soon be started at the facility as well, he announced.