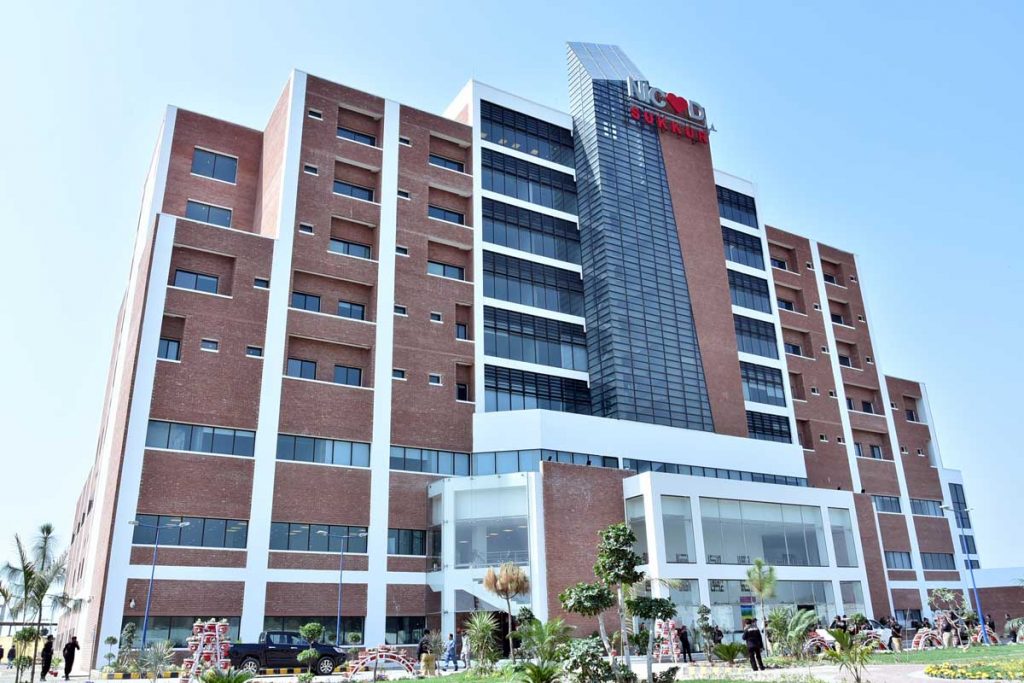 The Sukkur centre of National Institute of Cardiovascular Diseases (NICVD), inaugurated less than a month ago, performed its first open heart bypass surgery under the supervision of Prof. Fazle Rabbi.

The Sukkur centre of National Institute of Cardiovascular Diseases (NICVD), inaugurated less than a month ago, performed its first open heart bypass surgery under the supervision of Prof. Fazle Rabbi.

Executive Director of NICVD, Prof.NadeemQamar talking to APP Monday said the first open heart ASD closure was done of a female patient with an atrial septal defect (ASD) on Saturday.

“This was followed by two more open heart surgeries also performed successfully with all patients stable and recovering well,” he said. NICVD chief emphasized that all these were performed absolutely free of charge by a team of NICVD surgeons headed by Prof.Fazle Rabbi and that follow up services were also being ensured without any interruption.

He particularly thanked Sindh government for extending all needed support to the NICVD in its efforts to establish its centres across the province so as to help people acquire needed assistance at their door steps.

“These centres are meant to offer state-of-the-art cardiac services including facilities of heart bypass and other cardiac surgeries,”said Prof. NadeemQamar.

With particular reference to the 300-bedded NICVD Sukkur inaugurated on February 24 this year, he said the facility during last less than one month’s time has attended 2409 patients at its Cardiac Emergency.

These patients were said to be besides 1109 provided outpatient services and 297 availing of echocardiography test while 715 admitted for further management. “No less than 152 patients underwent life-saving intervention including 67 who underwent primary PCI and 85 had early invasive intervention,” said the NICVD chief.

To a query, he said future paediatric cardiac surgeries will also be initiated at Sukkur facility in near future. Reiterating that NICVD is committed to provide quality heart healthcare services to common man, he said Sukkur centre of the institute not only caters the population of Sukkur but also patients from upper Sindh, southern Punjab and Balochistan province.

He in this context also expressed his gratitude to MNA Syed Khurshid Shah for his support in bridging the gap of heart healthcare and also ensuring that NICVD may provide specialized care at the doorstep of every needy patient.

In reply to another question, Prof. Qamar said NICVD’s satellite centres already functional in Larkana, Tando Muhammad Khan, Hyderabad, Sehwan and Sukkur are providing state of the art cardiac facilities to the patients belonging to mentioned areas and the vicinity.

“Three more NICVD satellite centers will be operational in Nawabshah, Khairpur and Mithi will mid of this year,” he said. The senior cardiologist said Chest Pain Units project operational in different parts of Karachi under the aegis of NICVD will soon be expanded to other parts of the province.