The National Institute of Cardiovascular Diseases (NICVD) in collaboration with Government of Sindh has set up the second satellite centre at Shaheed Mohtarma Benazir Bhutto Cardiac Care Hospital to provide comprehensive cardiac services to the people of Sindh at their doorstep.

Bilawal, while congratulating on achieving the milestone, said that he is delighted to be the part of the occasion as the centre is inaugurated to facilitate people of the vicinity at their doorstep.

He said the collaboration has done wonders in Karachi by providing free of cost cardiac treatment, and now they will initiate major cardiac facilities particularly interventional cardiology for both adults and children which will provide relief to the residents of the city.

He announced that in the following months there will be more such centers with comprehensive heart care facilities in the rest of cities of the province.

Addressing the ceremony, CM Sindh appreciated NICVD to step forward in bridging the gap and leap for the public sector to become the standard bearer and leader in the provision of tertiary cardiac care.

“After first satellite centre in Larkana, this is also a great achievement of the institution to inaugurate a new major cardiac facility in Tando Muhammad Khan,” he said.

Addressing the ceremony, Executive Director NICVD, Professor Nadeem Qamar said the centre signifies a step on the long path of medical advancement T.M Khan. He was enormously pleased to celebrate the benchmark moment in the evolution of the NICVD.

He said that it gave him immense pleasure that NICVD has started totally free of cost major cardiac facilities in T.M. Khan including cardiac emergency, interventional cardiology including primary PCI which is angioplasty during heart attack, adult and paediatric cardiology, critical care, heart bypass surgery, echocardiography, diagnostics, and consulting clinics. 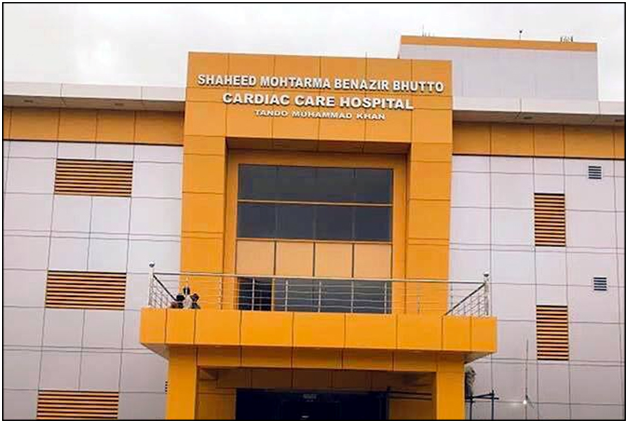 He further added that they were committed to provide state-of-the-art cardiac services to the people of Sindh. He promised two more centers in Sehwan and Sukkur this year, while four more satellites centres in Nawabshah, Khairpur, Hyderabad and Mithi would be operational in 2018.

“This network of NICVD satellites will be providing prompt and easily accessible cardiac services to the population of entire Sindh at their doorstep,” he said.

He thanked the Sindh government for its endless support, and appreciated his team of cardiac physicians and surgeons, paramedics, technical staff, and management for their efforts to bring the advanced and specialised heart care centre to the region.

Health Minister Dr. Sikandar Ali Mandhro said NICVD has been serving the country and has taken a great initiative with the support of government of Sindh to start comprehensive cardiac services in T.M. Khan.

He said a long standing need of the people has met with the establishment of this hospital, and the Sindh government is dedicated to providing accessible and efficient health services to the community.